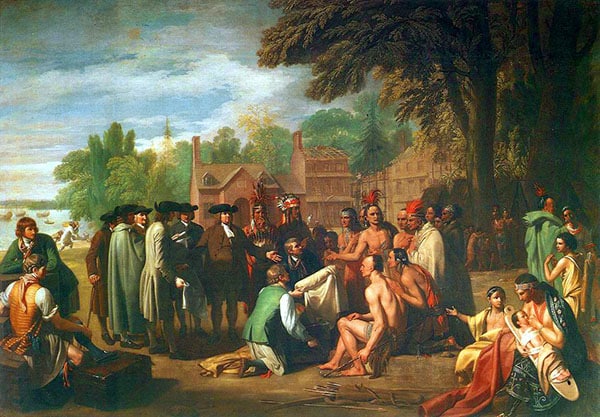 This painting by Benjamin West depicts William Penn negotiating a treaty with the Lenape Turtle Clan for the land that would become Pennsylvania. Penn began his successful diplomatic efforts with the local Native Americans by gifting them with a barrel of beer.

The original oil painting is in the Pennsylvania Academy of Fine Arts, Philadelphia.