The National Union of United Brewery Workmen was founded in 1886, making it one of the first industrial unions in the U.S.
Retrieved from https://8e5199b8-a-62cb3a1a-s-sites.googlegroups.com/

The AFL and CIO were still separate organizations in 1946 and each vied for control of the brewers’ union in Pittsburgh. 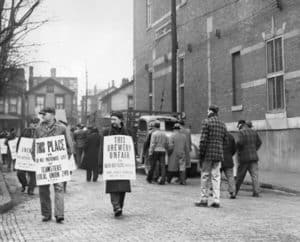 The members voted in favor of the CIO but the AFL resisted and organized an embargo on CIO beer throughout Pennsylvania, with plans to stop all trucking and rail shipments. At least 23 bombings over a four-month period were attributed to the conflict, which became known as the “Pittsburgh Beer War.” 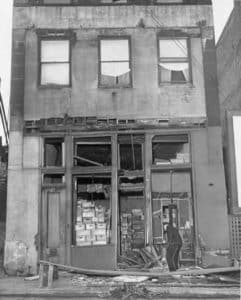