Tom Pastorius whetted his taste for German-style beer while serving as an Army Lieutenant in Germany. He set out to replicate the beer he enjoyed and offer it in his home state of Pennsylvania.

Pastorius introduced “Pennsylvania Pilsner” at the City Tavern in Philadelphia on June 23, 1986.

“Pennsylvania Pilsner” was initially contract brewed through the Iron City plant, but Iron City would not allow him to sell it in Western PA.

Instead, he launched the beer in the Germantown section of Philadelphia, which his 7x great-grandfather, Franz Daniel Pastorius, helped found in 1683.

Pastorius switched to Jones Brewery in 1988 and sold “Penn Pilsner” throughout Pennsylvania.

From the collection of Penn Brewery

Rosemarie Certo and Jeffrey Ware introduce Pennsylvania to Dock Street beer later in 1986. Originally the beer was brewed under contract with F.X. Matt Brewing Co. in Utica, New York before the opening of Dock Street Brewery in 1990. 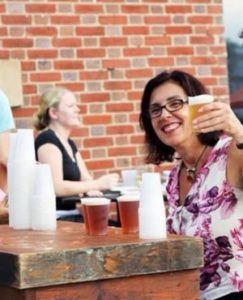 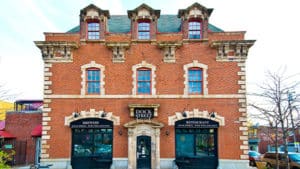