Prohibition begins with the ratification of the 18th Amendment of the U.S. Constitution on January 16, 1919, effective January 16, 1920. 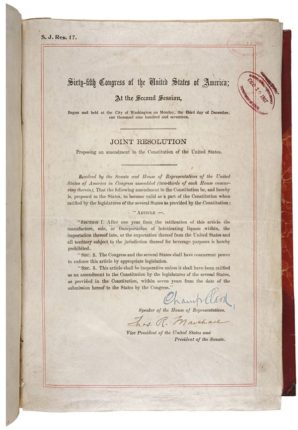 Retrieved from the National Archives: https://www.docsteach.org/

Pennsylvania did not take Prohibition lying down.

“What right does a Prohibitionist in Kansas or Alabama or Maine to command a steelworker in my district who faces 2,000 degrees Fahrenheit heat at the furnace door that he may not have his beer when his heat is ended?”

“We’ve got Prohibition in Pittsburgh only on paper.”

Pittsburgh was seen as the:

“Drinkingest town in the west”

Carrie Nation was a leader in the Woman’s Christian Temperance Union. She stood six feet tall and weighed 180 pounds. Her method for dissuading people from drinking was “hatchetations,” using her hatchet to smash up bars. Carrie made multiple trips to Pittsburgh. She told a reporter that Pittsburgh was

“the worst place I’d ever seen… All the young men in this city are going to hell. The young women, too…” 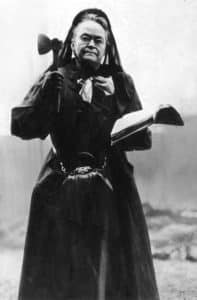 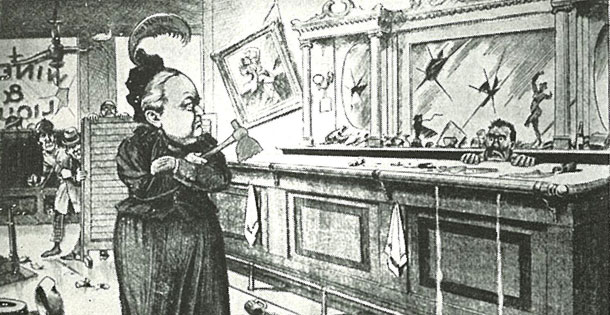